Could your child be the winner of the Yellow Jersey in the next few years? The Tour de France comes to Littleborough this Sunday and, if you’re children feel inspired to get on their bikes, now is the perfect time to sign them up for Rochdale Borough Council’s Summer Cycling Programme.

The council’s Casualty Reduction Team is running its Summer Cycling Bikeability Training at five venues across the borough once schools have finished at the end of term. Over the course of the school year around 2,400 children are provided with the Level 1 and 2 Bikeability Training.  Bikeability is the 21st Century name for what many people will know as cycling proficiency. A great many things have changed over the years, with new techniques for riding on the road being introduced for cyclist.

The team offer a free course to any child aged 10 years and older, which consists of four two-hour on-road sessions that allow a rider to look at road positioning, junction work and general safety when riding in traffic. Participants must bring their own bikes but helmets are provided.

Councillor Jacqui Beswick, Cabinet Member for Housing and Environment, said: “Apart from the obvious health reasons for cycling it is important that when a child starts to ride on the road they have complete awareness of traffic and how to move safely when mixing with it.  We provide training to more than 2,000 children every year and if only a quarter of those children went on to ride their bike to school we could reduce the amount of traffic congestion on the roads around school. Cycling has so many positive knock-on effects.”

Details of the courses are:

Any children who missed out during the school year when the cycling was at their school, or if a parent thinks their child would benefit from a refresher has the chance to join one of the course over the summer. For further information or to sign up contact the team directly on 01706 924605 or email road.safety@rochdale.gov.uk

Thousands are expected to line the route on Sunday 6 July when around a kilometre of the world’s largest annual sporting event, the Tour de France, passes into the borough – adjacent to Blackstone Edge Reservoir during Stage 2 from York to Sheffield.

Anyone intending to watch the race is being advised to arrive early, and be in position by 10.30am.

Travel advice, transport timetables, plus information on other events taking place during the weekend is at www.rochdale.gov.uk 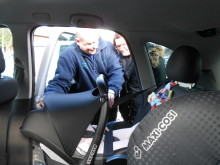 Rochdale Borough Council is advising parents and carers to get a free check to make sure their child’s car restraint is fitted correctly. 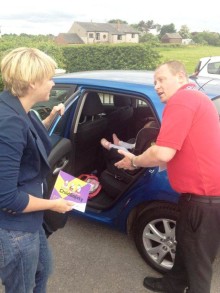 Parents will be given top tips on how to keep their children safe in the car during Child Safety Week, this week (23 – 29 June). 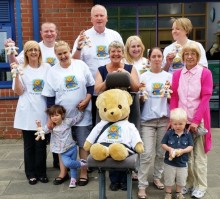 Rochdale Council has launched its “I’m a Little Belter” campaign to encourage parents to make sure their child’s car seat is fitted correctly during national child safety week.

A usually quiet corner of the borough was transformed into a major visitor attraction this weekend as thousands packed the roads and moorland by Blackstone Edge Reservoir to watch the Tour de France on Sunday. 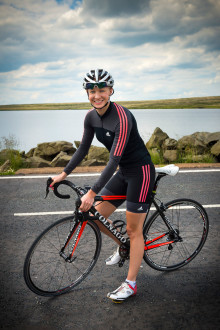 Gold medal Olympic winning and world champion cyclist Joanna Rowsell MBE was in Rochdale this week ahead of the Tour de France which comes to the borough on Sunday. 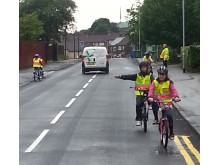 ON YOUR BIKE: Rochdale Bo...

ON YOUR BIKE: Rochdale Borough Council's Casualty Reduction Team is running its Summer Cycling Bikeability Training at five venues across... 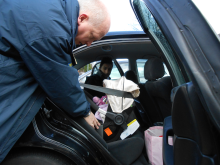 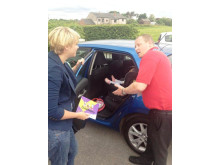