Plans for the 24m high turbine were given the seal of approval by councillors at a licensing committee meeting on 13 January. Now up and spinning it will help cement the borough’s ambitions to become energy self-sufficient and the ‘greenest’ in Britain.

Councillor Peter Williams, Cabinet Member for Economic Development and Customer Services, said: “Rochdale Borough Council is leading the way as a ‘green’ authority and this turbine pilot will help bring in revenue for the authority but also help us become more energy self-sufficient in the future, in a time where fuel bills are on the rise.”

As part of the Greater Manchester Climate Change Strategy, Rochdale Borough Council has agreed to a 48 per cent CO2 emission cut by 2020. Rochdale Green Action Plan is the council’s overarching sustainability strategy.

If successful and the pilot scheme represents a good investment of public money, proposals will be brought forward to develop the authority’s wider Wind Energy Programme of three medium-sized and up to nine small wind turbines to form the Rochdale Council Energy programme within the Capital Programme. This could deliver enough clean electricity to meet the needs of more than 1,500 homes.

Further to this, the authority could also develop proposals for one turbine to be made available for resident ownership through a community co-operative, in line with the borough’s heritage and ethos as the birthplace of co-operation.

The authority could see an annual financial return on community wind investments of between 8.6% and 16.9% depending on the final size of the project. Other benefits could include a much smaller carbon footprint for the authority - with small turbines standing 25 metres to the tip typically save 14 tonnes of carbon annually. Medium-sized turbines with a tip height of 75 metres can save some 630 tonnes annually; large turbines standing 100 to 125 metres above the ground at the tip can save circa 2,500 and 3,800 tonnes respectively.

Colin Lambert, leader of Rochdale Borough Council and one of the key driving forces behind the vision to make it the greenest borough in the country, said: “We face some serious challenges including global warming, climate change, energy and resource depletion. These require us to develop some imaginative solutions. In tough economic times, local authorities have a responsibility to ensure private and public sector joint enterprises, such as this, offer value for money.

“There are a number of opportunities for wind energy projects that we can own and operate on behalf of our community. Our objective is for individual citizens to become personal shareholders in renewable energy.”

Rochdale Borough Council may develop the first publically owned solar farm in Greater Manchester to help cement its desire to become the ‘greenest’ authority in Britain.

Have Your Say On Wind Turbine Plans

Public consultation events to give people the chance to find out more about planning applications for two wind turbines will be held at Hopwood Hall College. 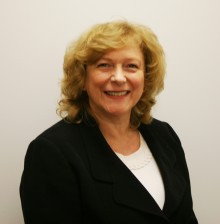 Council plans to generate up to £400,000 of local income through innovative wind energy programme.

Rochdale Borough Council has announced plans for the next phase of its innovative wind energy programme which could deliver up to £400,000 of income each year to help protect front line services. 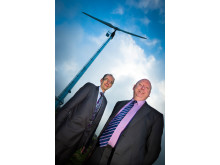 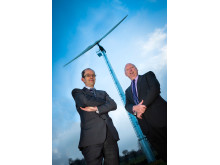