With a fortnight to go until residents in the Heywood and Middleton Constituency go to the by-election polls, Rochdale’s Member of Youth Parliament is encouraging all of the electorate and especially young adults in the area to make their voice heard and cast their vote.

On October 9, voters are due to go to the polls in Heywood and Middleton following the sudden death of MP Jim Dobbin. The constituency also includes Castleton, Bamford and Norden wards.

Leon Hollinrake, aged 18, who is studying for a Level 3 Btec in Sports at Bury College, said: “I’ve been campaigning in my position as Rochdale borough’s Member of the Youth Parliament to try to engage more young people in politics. It’s really important that people realise how important their vote can be.”

Leon added: “Some of the biggest election issues directly affect young people and by voting this is the perfect opportunity to influence the direction of these issues. If you don’t vote, you won’t have any influence.

“If every young person aged 18-25 voted, it could change the outcome of any election, so young people have more power than they think.

“If you don’t vote, you have no right to complain. Your vote shows your voice, so use you vote to have your voice heard.”

Linda Fisher, Acting Returning Officer and Acting Chief Executive of Rochdale Borough Council, said: "We want as many people as possible to turn out to vote in the by-election on October 9. During the recent Scottish referendum an extraordinarily high 84.6 per cent of the electorate voted.

"The hours of poll for the Heywood and Middleton by-election are between 7am and 10pm. If you have any questions about the election, telephone 0300 3030345.”

Residents of Heywood and Middleton constituency who have not yet signed up to the electoral register will be unable to vote as the deadline has passed.

Those on the electoral register should have received their polling cards by now. Polling stations will be open from 7am to 10pm on by-election day, leaving plenty of time for people to attend whether they are at school, college or work. However, those who cannot make it in person on the day can still sign up for a proxy vote by 5pm on Wednesday, October 1.

Following closure of the polling stations at 10pm, ballot boxes will be taken to Heywood Sports Village to be counted and the result will be announced in the early hours of Friday October 10.

Any media that would like to be admitted to the count at Heywood Sports Village should contact Media Relations Manager Emma Ferguson on 01706 925 724, on 07972 400452 or at emma.ferguson@rochdale.gov.uk 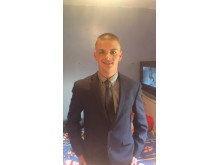 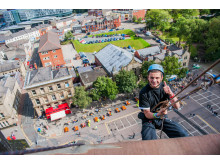