Getting out of breath doing everyday activities, such as walking upstairs or getting dressed is the focus of a new health campaign by Public Health England which is being supported by Rochdale Borough Council and Heywood, Middleton and Rochdale Clinical Commissioning Group.

Launching today (Monday) in Rochdale, the pilot aims to raise awareness of the seriousness of breathlessness - a key symptom of lung and heart disease - urging those struggling with shortness of breath to visit their doctor.

Currently one in 10 people in the UK get out of breath doing simple everyday activities - this increases to almost a third (30 per cent) amongst the over 50s. The four-week campaign is targeting this age-group as they are more at risk of conditions such as chronic obstructive pulmonary disease (COPD), lung cancer and heart failure.

Latest figures show that, as of 31 March last year, there were 8,020 Rochdale people diagnosed with COPD and heart disease. In 2012, 978 died from COPD, lung disease or heart failure in the borough.

Results from a recent survey in the North West found awareness of breathlessness was relatively strong but more needs to be done. Around two-thirds (63 per cent) knew breathlessness could be a sign of heart disease, while around three-quarters (74 per cent) recognised it as a potential warning sign of lung disease.

However, the research also found that over a quarter (26 per cent) of people in the North West would wait and see if things got worse before taking any action, if they started getting out of breath doing things they used to be able to do. Around a fifth (18 per cent) admitted that they would try to cope, and avoid doing things that would make them get out of breath.

Wendy Meston, Director of Public Health for Rochdale Borough Council, said: “These figures show that while awareness levels of the severity of breathlessness are relatively high in the North West, there is room for improvement and more work needs to be done. Rates of COPD are relatively high in Rochdale Borough. What’s most worrying is that, regardless of these awareness levels, some people might delay a visit to their GP if they started getting out of breath, learning to live with breathlessness or waiting to see if things got worse first.”

“Getting out of breath isn’t just a sign of getting older; it could potentially be an early sign of serious conditions such as heart disease. Finding it early makes it more treatable, so don’t ignore it or find ways to cope. Instead, visit your GP and get the help and treatment you need.”

Dr Lynn Hampson, Milnrow GP and NHS Heywood, Middleton and Rochdale Clinical Commissioning Group’s clinical lead for planned and urgent care, said: “Breathlessness doesn’t always happen as a result of lung disease, but can sometimes be a sign of heart problems. If you have symptoms such as shortness of breath then don’t turn a blind eye, seek medical help.

“It isn’t only smokers who get heart or lung disease so it’s essential for everyone, particularly those aged 50 and over, no matter what your lifestyle, to be alert and seek help at the earliest opportunity if you start finding yourself becoming breathless.”

The campaign will see adverts running in press and on radio across Rochdale for four weeks from today. The emotive radio advert features a COPD patient, urging others to go to their doctor sooner than he did.

Launching the secret to improving your wellbeing

Health professionals in Rochdale think they have unlocked the secret to long-term health and happiness. 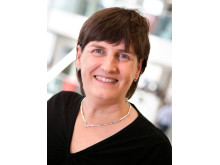 Launching the secret to i...