The future of Rochdale market took centre stage at a meeting between traders and council officers at the town hall.

Around 60 stallholders gathered at the meeting to begin the process of mapping out the next steps for the market, weeks after the council took it back under their control following the sale of the exchange shopping centre.

Addressing the meeting, Council leader Colin Lambert said that no decisions on the market’s future have been made as yet and that traders would be involved every step of the way.

He said: “We recently celebrated Small Business Saturday and market traders are the biggest collective of small, independent traders we have. “The market needs to move forward and we will only make it success by working together. The future is whatever we make it.”

Traders discussed a range of issues on the night including the importance of being near public transport links and affordable rent, the need to have lockable units and being close to other town centre attractions.

Steve Harrison, who runs the Simply Flowers stall, said: “Markets can only survive if they are attached to higher footfall places like shopping centres. The shops around the market bring customers onto our stalls and we push custom their way too. We complement each other.”

Monica Fowler, from the fairtrade stall, Fair For All, said: “A market has to be accessible and close to transport links because many of our customers use public transport and it’s difficult to carry heavy bags a long way.

“I think the market also needs a better mix of stalls. Supermarkets are hard to compete with because they’re like a one stop shop, you can find everything in one place. That’s what we need for the market.”

Inamul Hassan, who works at Classic Shoes, said: “It would be a good idea to give incentives to traders and shoppers. Maybe we could have step system for rents where they could differ according to how much money each stall is making and we could have special offers for customers.

“I think markets also need to have a unique selling point. Something like a food court, like they have in Manchester, could work well here.”

The market charter, the right to run a market in a town, was originally granted in Rochdale in 1251. The market moved to its present site in 1975 and was managed by the then owners of the Exchange, Cooperative Insurance, from 1994 until October this year when the market returned to council control following the sale of the shopping centre.

A public consultation will start in January with residents able to feed in by filling out leaflets at the market or by going online at www.rochdale.gov.uk/consultations 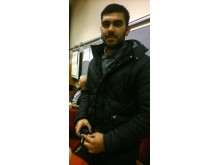