Authors, acts, performers and workshops will start to be confirmed from March.

The festival will include events at venues in Rochdale town centre and boroughwide.

Councillor Peter Williams, Cabinet Member for Customer Services and Economic Development at Rochdale Borough Council said the festival is a fantastic showcase for the borough:

“This new festival enjoyed a fantastic debut last year and I am sure that in 2014 Rochdale Literature & Ideas Festival will provide another feast of culture for everyone to enjoy. We are all really looking forward to sharing the programme.”

Last year thousands attended the festival, which featured over 40 events on a diverse line up that included the Poet Laureate Carol Ann Duffy, broadcaster Gyles Brandreth, rapper Akala, actor and musical star Kevin Kennedy and poet Simon Armitage. Over 98% of visitors surveyed said they would attend again this year.

“The second Rochdale Literature and Ideas Festival will be full of life and inspiration, offering something for everyone, from history to fiction, poetry to music, and plenty of humour in between. We received a great deal of visitor feedback following our first festival, which we are using to help make this year even better. We will be putting together another fabulous programme, getting lots of talented local people involved and we will include some new festival venues too. It’s a great opportunity for residents, groups or local businesses, so I urge people to get in touch with us now.”

For information about appearing at the festival or getting involved in other ways, email rochdalelitfest@rochdale.gov.uk
For a look back at last year’s event visit www.rochdaleliteraturefestival.co.uk

The festival is organised by Rochdale Borough Council, part funded by the Maskew Bequest.

Further information on Rochdale Literature & Ideas Festival will be
released in February.

Rochdale Literature & Ideas Festival is only weeks away, but you don’t need to wait - special free preview events are being held across the borough and further details of the first two have been announced.

A spectacular musical performance described as ‘like no other’ is being put together as part of this month’s Rochdale Literature & Ideas Festival, and will be performed in its entirety during the festival on Friday 25 October.

Acclaimed MOBO award-winning rapper Akala is on his way to Rochdale and will be performing tracks from his last 2 albums ’The Thieves Banquet’ and ‘Doublethink’ on Saturday 26 October at 4pm during Rochdale Literature & Ideas Festival. 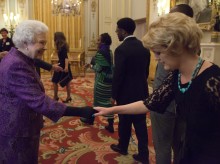 Librarian 'books' date with the Queen 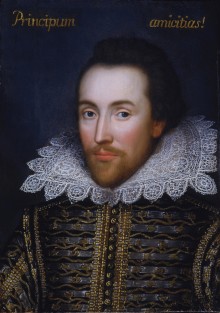 Going Bonkers for the Bard

Rochdale Borough Libraries will be going bonkers for the Bard during activities to celebrate Shakespeare Retold Week. 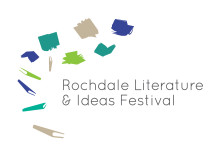 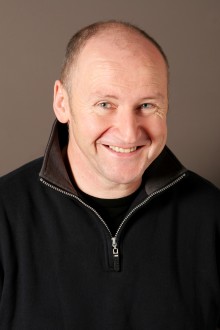 Budding novella writers are being ink-couraged to sign up for a workshop with creative writing expert and published author Robert Graham organised by Rochdale Borough Libraries. 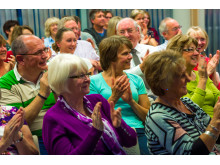 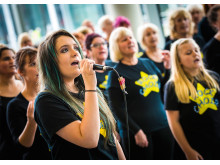 MUSIC: The Rock Choir brought out their inimitable style and songs last year. 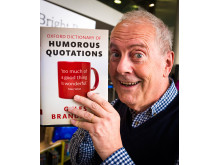