Local League 2 football team Rochdale AFC will tonight pledge to support and champion the work being carried out by The Sunrise Team to tackle Child Sexual Exploitation (CSE) in Rochdale.

A group of players have recorded a video telling fans and the public to be on the look-out for signs of CSE and how to report these to the Sunrise team. The audio of the video will be played before and at half-time in tonight’s Sky Bet 2 League clash against Scunthorpe United at The Dale. The video will be available on Rochdale AFC’s website, the Sunrise Team website and be sent out on social media networks from today.

Players at tonight’s game will be wearing Sunrise Team branded T-shirts for their pre-match warm-up and at half time.

Rochdale AFC Chief Executive Colin Garlick says, “CSE is a despicable crime against our young people and it has to be tackled. Everyone should be made aware of what it is, what the signs are and how to report it so that it can be prevented. The club is an integral part of Rochdale and the community and helping to raise awareness of CSE is our way of valuing the young people of this town.”

The Sunrise Team was launched in 2009 and brings together professionals from the police, children's social care, sexual health and Early Break, the substance misuse and abuse service for young people and their families. It works with young people who are at risk at Child Sexual Exploitation (CSE), supporting them and pursuing criminal investigations where appropriate.

Superintendent Alistair Mallen of the Rochdale Police Division says: “Tackling CSE is a top priority for the borough and a great deal of work is being done to prevent the exploitation of children in our community. Getting the support of our football team, Rochdale AFC, will go a long way to raising awareness of the issues and we welcome their involvement.”

Sunrise helps young people who are at risk of being exploited or have experienced exploitation. To date, young people have been referred to the service via the police and other partners, and agencies have promoted Sunrise as their ‘front line’ to combat child sexual exploitation.
It also campaigns to make the public aware of the signs of child sexual exploitation and engages with local community and leisure groups as well as sporting establishments such as Rochdale AFC to spread the word. Rochdale Borough Council Cabinet Member for Children, Schools and families, Donna Martin says: “Rochdale AFC are well placed with its high standing and following in the borough to be ambassadors for Sunrise, to make people aware of CSE, how to tackle it and what the signs are.” It’s important that everyone knows what CSE is, how it can happen and what the signs are. 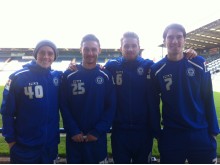 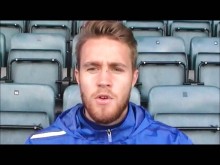 Messages of Child Sexual Exploitation from players at Rochdale AFC.