The Question Time sessions form part of Rochdale Children and Young People’s Partnership's commitment to listening and acting on the concerns of children and young people. There are
four sessions every year, with each township taking turns to host the event.

The agenda was set by the young people, with five groups of teenagers quizzing directors, chief inspectors and councillors about the issues that matter to them.

Topics up for discussion included the state of Milnrow Skate Park, access to local sporting facilities, the relationship between young people and the police, the cost and access to transport, and the issue of young people being judged by their clothing.

Gail Hopper, Director for Children’s Services at Rochdale Borough Council, said that the purpose of the evening was to continue what is a developing dialogue with young people in the borough:

“It was tremendously useful to hear about what’s important to the young people using our services. The task for us is to take away feedback and actually do something about it afterwards.”

ON THE SPOT:
Young people in Milnrow posed the questions and got answers at the ‘Question Time’ session.

Politicians and senior officers from the council and police were quizzed by Rochdale’s young people on Tuesday 24 June, during a Question Time event hosted by Rochdale Youth Forum at Touchstones. Organised by Rochdale Council’s Youth Service, the session gave youngsters an opportunity to put the issues that affect them to the borough’s top decision makers. 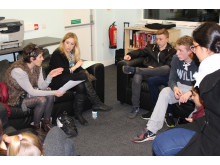 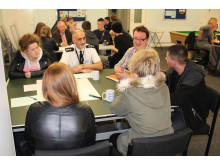 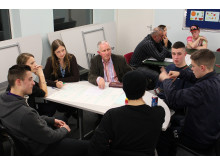 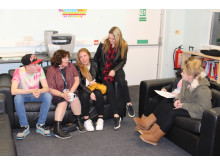 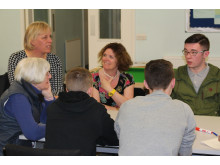 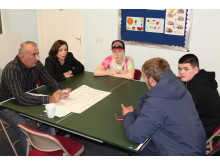