A brand new Batman-themed play area for young children has been vandalised just a few weeks after it opened.

Pat Colclough, Chair of the Friends of Balderstone Park which had spent seven years helping to raise funds for the play area, said the news of the vandalism was devastating.

“The play area had only just been completed and most of the equipment has been vandalised. These mindless vandals are ruining it for the local children who have been looking forward to getting this much needed play area,” she added.

“It is a great shame that the mindless acts of a small minority spoil things for everyone else.”

Councillor Jacqui Beswick, Rochdale Council’s Cabinet Member for Place and Regulation, appealed to local residents to keep an eye open for any suspicious activity at the park and report any concerns to the police and said: “The council has been out to fix the equipment twice but we are concerned that this vandalism may reoccur.

“Behaviour like this has an impact on the whole community and the cost of repairs must come from budgets that could be spent on investing even more in our parks and open spaces."

The playground, which was the first to be installed in the north west of England, is decorated with a variety of batman and batgirl graphics and includess a special springy safety surface two slides a climbing board batmobile and joker cars on springs seating areas climbing ropes disabled

Led by the Rochdale Township and the friends group, the £35k scheme was funded by grants from the Balderstone/Kirkholt Forum, Rochdale Boroughwide Housing, Heywood, Middleton and Rochdale Clinical Commissioning Group and Rochdale Borough Council to encourage health and wellbeing in the community. 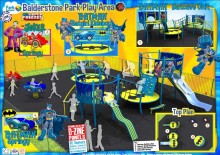 A Rochdale park is getting a Batman themed makeover.

Rochdale residents are being invited share their vision on how funding is used to breathe new life into a local park. 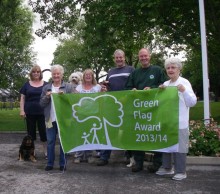 Fly the flag for your favourite park

There is just one week left to vote for the nation’s favourite green space, in the 2013 People’s Choice Green Flag Awards. 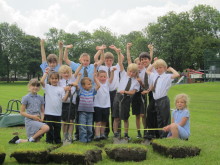 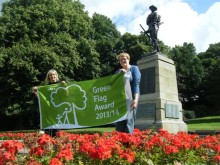 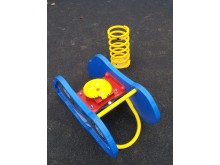