Former Heywood and Royton MP the Right Honourable Lord Joel Barnett has been awarded Freedom of the Borough of Rochdale - the highest honour the council can bestow on an individual or group. Rochdale Town Hall was host to over 100 guests for the ceremony on Wednesday night.

Earlier this year, councillors agreed to honour Lord Barnett from Heywood for his service to the people of the borough through his political career.

Deputy Chief Executive Linda Fisher said the council wanted to recognise the significant impact he made to local and national life during his career:

“Councillors were unanimous in their support of this honour. The Freedom of the Borough is only awarded to local people who have made a significant contribution to the locality or have achieved something outstanding.”

On receiving the honour, Lord Barnett said “Thank you to everyone who spoke tonight, your words have been very generous. It is marvellous to see all these people here who have helped me throughout my career. I am most grateful to receive the Freedom of the Borough. It’s a great honour and one that is very much appreciated.”

Born on 14 October 1923, Joel Barnett worked as an accountant before being elected onto Prestwich Borough Council. He was elected Member of Parliament for Heywood and Royton in 1964 and served as Chief Secretary to the Treasury from 1974 to 1979, gaining a seat in the cabinet from 1977 onwards in the Callaghan Government. Lord Barnett also acted as shadow spokesperson for business, innovation and skills from 1970 to 1974. In 1983, he was made a life peer as Baron Barnett, of Heywood and Royton. 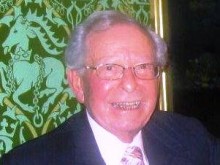 Lord Barnett to be awarded Freedom of the Borough

The Right Honourable Lord Joel Barnett is to become a Freeman of the Borough. 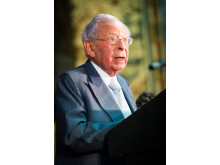 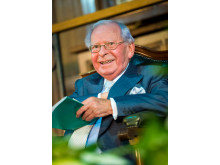