Rochdale Memorial Gardens is to undergo a £35,000 improvement programme ahead of commemorations for the centenary of the outbreak of World War One in July.

The improvement works will include:

Councillor Jacqui Beswick, Cabinet Member for Place and Regulation, said: “This is an important year for Rochdale Memorial Gardens as it will be a focus for commemorations for the centenary of the outbreak of World War One in July.

“The plans are not for a full scale redesign, but a collection of actions that together will improve the appearance of the Rochdale Memorial Gardens both now and in the future.”

Consultations have taken place with the Friends of Broadfield Park (whose remit includes the Memorial Gardens), The Royal Regiment of Fusiliers, Royal British Legion and ward councillors to come up with initial ideas for the makeover. The proposals were then approved by the Rochdale Clean and Green Group and Rochdale Township Committee.

Councillor Cecile Biant, Chair of Rochdale Township, said: “The conflict 100 years ago changed the face of the world, causing pain and suffering to millions. The sacrifices of those that took part in the Great War, as well as other conflicts, were foremost in Members’ minds when Rochdale Township approved funding for improvements to the Memorial Garden.”

“The crowds that turned out to greet the First Battalion as they paraded through the streets of Rochdale just before Christmas proved to me that the Regiment to this day remains at the heart of Rochdale.”

A public display of the scheme will take place on 22 January, from 2-4pm, at Rochdale Town Hall, with any suggestions and amendments for the design considered.

For further information or to make a suggestion for the Memorial Garden project e-mail ian.trickett@rochdale.gov.uk

Last year’s homecoming parade in Rochdale by The First Battalion of the Royal Regiment of Fusiliers is now available to watch online. Rochdale Borough Council commissioned a short film to commemorate the parade held last November which saw thousands line the streets as the town centre was brought to a standstill to welcome home hundreds of soldiers returning from serving in Afghanistan. 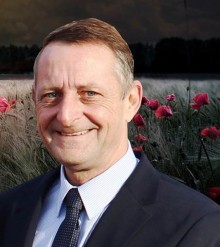 Reliving history in the digital age

Rochdale Borough Council is asking residents, businesses and local groups for any plans they have in 2014 and beyond for marking the 100th anniversary of the First World War. 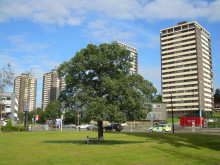 IMPROVEMENTS: Visitors will enjoy the shade new trees planted in the Memorial Garden 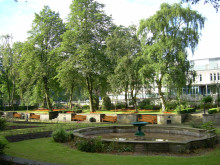 RESPECT: People will be a...

RESPECT: People will be able to contemplate while sat on new benches in the Sunken Garden 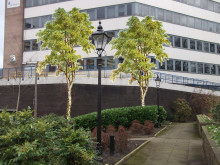 COMMEMORATION: More trees will be planted in the Memorial Garden 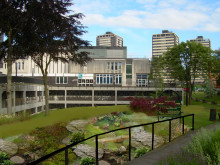 MEMORIAL GARDEN: A £35,0000 improvement plan will see the area transformed ahead of WW1 commemorations

MEMORIAL GARDEN: A £35,0000 improvement plan will see the area transformed ahead of WW1 commemorations