Rochdale Borough Council has announced plans for the next phase of its innovative wind energy programme which could deliver up to £400,000 of income each year to help protect front line services.

Following the success of the council’s pilot wind project at the site of the former Hill Top School in Kirkholt earlier this year, two further sites suitable for wind energy development in the Hopwood Hall area are now being taken forward.

Each project consists of a single 500kW wind turbine up to 77m in height and together the two projects could generate enough energy to power 527 homes[1] every year, [equivalent to 10 per cent of the homes in the Hopwood Hall Ward[2]].

Rochdale Borough Council is at the beginning of the planning process and will be inviting the local community to attend a public consultation event in September. The aim of the event is to introduce the community to the development and its potential benefits, to describe in detail the planning process that they expect to go through, and to present the initial results of survey work that has been completed to date.

Councillor Cecile Biant, Cabinet Member for Public Health and Regulation of Rochdale Borough Council, said: “As well as leading the way as a ‘green’ authority, these turbines will help bring in revenue for the authority in tough economic times when fuel bills are on the rise.

“These wind turbines represent a fantastic opportunity to use the area’s natural resources to generate an income for the council to help deliver essential front line services at a time of financial challenge.”

Each year the council uses 27.5GWh of electricity to power buildings and offices. The 2012-2013 cost was £2.8m, excluding street lighting and leisure sites. Its annual Carbon Reduction Commitment (CRC) tax bill in 2013/14 was £272,000. As part of the Greater Manchester Climate Change Strategy, the council has agreed to a 48 per cent CO2 emission cut by 2020. Rochdale Green Action Plan is the council’s overarching sustainability strategy.

[1] According to the DECC’s Digest of UK Energy Statistics 2013, Regional and local authority electricity consumption statistics: 2005 to 2012, the average domestic household in Rugby BC uses 4,359 kWh per annum of electricity – Available online at:

According to the DECC’s Digest of UK Energy Statistic 2013 (Chapter 6 Renewable Sources of Energy, Section 6.5), the UK average capacity factor for onshore wind in 2012 was 26.2% Available online at: https://www.gov.uk/government/publications/renewable-sources-of-energy-chapter-6-digest-of-united-kingdom-energy-statistics-dukes [Accessed 15/08/2014].

Rochdale Borough Council may develop the first publically owned solar farm in Greater Manchester to help cement its desire to become the ‘greenest’ authority in Britain. 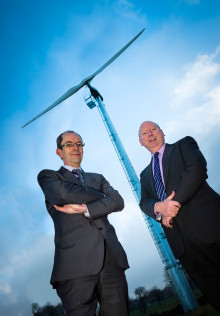 Wind of Change Blows Through Rochdale

Have Your Say On Wind Turbine Plans

Public consultation events to give people the chance to find out more about planning applications for two wind turbines will be held at Hopwood Hall College. 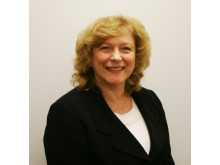