Around 20 green-fingered students from St. Edwards Primary School and Matthew Moss High School made the best of the beautiful weather to decorate the station with flowers in this year’s Armed Forces theme.

The theme was chosen to commemorate the centenary of the beginning of World War One and is one of a number of events taking place across the borough. The group worked for several hours, filling the station’s planters with geraniums, petunias, begonias and lobelia provided by Bowlee Nursery in patriotic red, white and blue colours.

The scheme has been running for four years to great success and this year is bigger than ever after the team worked to transform a patch of rough ground into a field of poppies. The ground just outside the entrance to the station was cleared, weeded and seeded with poppy and wild flower seeds which will make the station look better than ever.

Poppies have been long associated with World War One and Remembrance Day. The flowers were the first to grow on the battlefields after the end of the war and were the subject of the famous poem, In Flanders Fields.

Councillor Billy Sheerin helped organise the planting and said this year was just a little bit more special to him. He said “One hundred years ago, my grandfather left for ‘The Great War’ from this very station. He was clearly upset and drunk, crying and shouting that he would never return. Sadly, he was killed in action and that was the last time any of my family saw him.”

Acting Chief Executive, Linda Fisher lent a helping hand and said “There are many stories of lost family and friends from people across the borough. It’s important that we never forget the sacrifices made by our Armed Forces and I’m so pleased we were able to plant these poppies this year.”

It is expected that the poppies will begin flowering in around eight weeks’ time.

The council signed the Armed Forces Community Covenant in 2012 – a statement of support between a civilian community and its Armed Forces community.  But actions speak much louder, and Rochdale has been nationally recognised by the Ministry of Defence, Royal British Legion and others for introducing pioneering changes to better support armed forces personnel and their families back into civilian life. For more information, visit www.rochdale.gov.uk 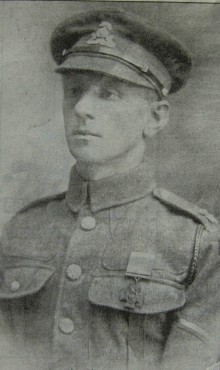 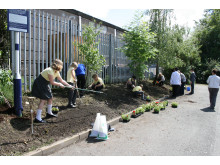 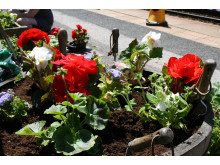 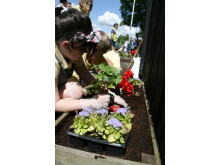 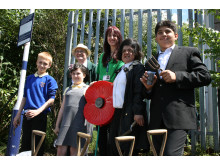