Rochdale Council’s public protection team is sounding the warning about the latest scam which is targetting small businesses and fleecing them of hundreds of pounds.

The team is currently investigating a Middleton-based company which has contacted small businesses and sole traders across the country demanding money for adverts which were placed in their publication.

In fact, no such adverts were placed because the publications don’t exist.

Businesses who have not coughed up the £118 the company claim they owe have been bombarded with phonecalls and letters threatening legal action and bailiffs.

Victims are then often contacted by a separate company who offer to take them off the scammers’ target list – for a fee.

Businesses have also reported being contacted by a crime prevention publication operating the same scam as well as being chased by debt recovery agencies who claim they are acting on behalf of these publications.

Public protection officers believe that all of these companies are one in the same.

Councillor Jacqui Beswick, Cabinet Member for Regulatory Services at Rochdale Borough Council, said: “These scammers are particularly difficult to deal with because they tend to disappear and come back with a different company name, but they always take the same tack and it’s important the businesses aren’t fooled into making a costly mistake. I’d urge anyone who is contacted in this way like this to call the Citizens Advice Consumer Service on 08454 04 05 06 and also to make their staff aware.”

The matter should also be reported to Action Fraud on 0300 123 2040. Action Fraud is the UK’s national fraud reporting centre. 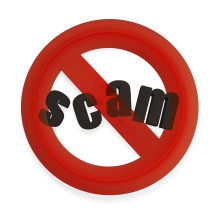 Rochdale Borough Council is warning residents to be on their guard against cold callers offering them big reductions on their council tax. 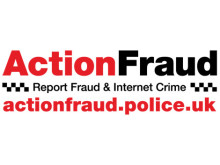 Businesses are being urge...