At the meeting of the Cabinet tonight (14 July) Rochdale Borough Council began the budget process to set a balanced budget for the next two financial years 2015/16 and 2016/17.

The Cabinet approved the budget guidelines and timetable to be used in preparing the detailed 2015/16 budget and provisional budgets for 2016/17 and 2017/18.

“The Council has already made £107m of ongoing savings, which has proved extremely difficult. To achieve a further £51m of savings will be a significant challenge and will require some hard decisions to be made in the future.”

“We will be striving to look for ways to reduce spending that has the least impact on essential frontline services.”

A number of key agreements have been made by the Cabinet to take the budget process forward, which includes:

The Council has started to look at timetables and options for achieving the budget and the savings which are needed to get to the position of a legally balanced budget by 11 March 2015.

Other key dates include:

Remember to give your views on Council Tax Support Scheme

Rochdale Borough Council is reminding residents they have just a few more weeks to give their views on its Local Council Tax Support Scheme before the council considers making any changes. Responses to the consultation must be received by Friday 24 October. 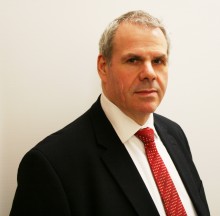 Residents to have their say on council budget savings

Residents are being asked to have their say as Rochdale Borough Council launches a public consultation on its latest 2015/16 and 2016/17 budget proposals.