Rochdale’s Youth Cabinet Member Christopher Marland has been elected to represent the views of young people across the UK.

Christopher, who is 19 and from Castleton, was elected by fellow members of the British Youth Council (BYC) to serve the youth of the UK at a bi-annual election held online.

To secure his election, Christopher had to post a one minute speech online and the BYC members voted for the young person they felt best represent them.

Christopher, now the UK Young Ambassador to the European Youth Forum, explained his excitement and apprehension:

Winning the bi-election means that he will now speak on behalf of British youth at forums held in different countries throughout the year; he will also be the face of the European Youth Forum in the UK. It will be a vastly different experience going from debating topics in the Rochdale Youth Council, like from ‘voting ages’ in the borough to discussing world events in the European Youth Parliament like the Ukraine crisis.

“This is a fantastic achievement by Christopher, showing how joining a local youth council representing a small number of people can lead to great results and representing millions of people. Being the country’s youth voice is a daunting experience but he has the full support from everyone in the borough and, I’m sure, the country.”

Christopher has been a member of the Rochdale Youth Council since he was 13 and has always been an active member involved in many projects and consultations. He had previously attended the European Youth Parliament Event in Strasbourg in May which motivated his application to be the voice of the UK’s youth.

The YFJ has a membership of 40 National Youth Councils and 59 International Youth Non-Governmental Organisations.

In the long term Christopher plans to go to Edinburgh University and study history, he is yet unsure about his long term goals in politics but is taking each step as it comes. 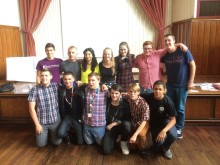 Rochdale borough’s Member of the Youth Parliament, Leon Hollinrake, has achieved further political success with his election to the prestigious Youthforia Leadership Committee. 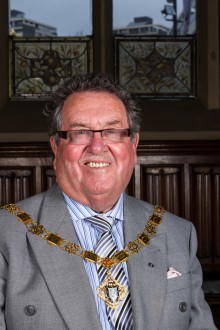 Residents are being urged to nominate outstanding young people in their community for the Mayor of Rochdale’s Youth Awards, with the deadline for nominations Friday 28 February. Held annually in recognition of young people’s achievements and contributions towards their peers and local communities, the awards are open to any one aged 11 – 19 based in, or connected to the Rochdale borough. 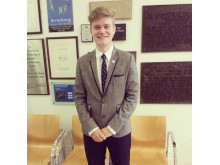