Major Twumasi-Ankrah, known as T-A, of the Household Cavalry, gave a presentation entitled Your Army, which included sections on what the Army is, what is does, how it is changing, how it works with local communities and in particular how it will work with the council.

The events team also ran a stall at Number One Riverside on Thursday, 24 JUly,  where they chatted to staff and members of the public.

Councillor Alan McCarthy, lead member for the Armed Forces at Rochdale Borough Council, said: “With less than a fortnight to go until the commemorations of the outbreak of the First World War it was a fitting time to hear how the work of the Army has evolved to face the demands of international relations in the modern world.”

Linda Fisher, acting chief executive of Rochdale Borough Council, who last week was invited to Number 10 Downing Street in recognition of the council's work with the Armed Forces, said: A big thank you to the Army event team for coming to Rochdale borough to engage with the community and for visiting the Council to recognise the work we are doing to support current and former member s of the Armed Forces.”

Rochdale was one of the first councils in the country to sign the Armed Forces Community Covenant last November, aimed at encouraging local communities to support services that promote and encourage activities that help integrate Armed Forces personnel back into civilian life. 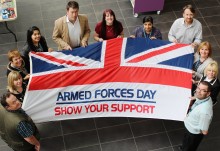 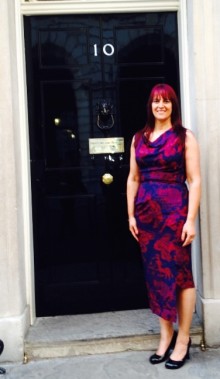 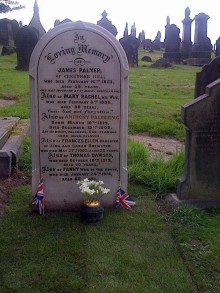 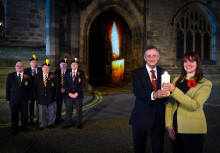 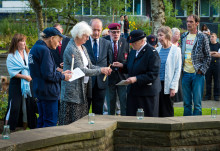 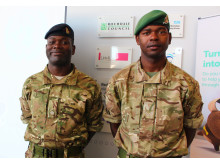 ARMY PRESENTATINMajor Twumasi-Ankrah, known as T-A, of the Household Cavalry, and Corporal Andrew Henry, of the Adjutant General’s Corps 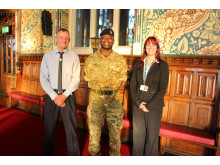