Rochdale Borough Council is supporting a national drive encouraging employers to sign up to a special apprenticeship scheme as part of plans to mark next year’s First World War Centenary.

The national Centenary Apprenticeship Programme is aimed at employers who existed 100 years ago, and focus on crafts with a modern application. Any who join will be able to get a grant towards the post and be able to badge the apprenticeship with the Centenary logo.

As the commemoration has a clear focus on young people, The National Apprenticeship Service has developed the programme to give young people the opportunity to be part of an important commemoration while acquiring skills that are still valuable and relevant today.

There is funding to help with the cost of taking on an apprentice. The grant (£750) is for Greater Manchester employers who recruit a 16-24 year old, previously not in work or training, onto an Apprenticeship.  It can be claimed alongside the National Apprenticeship Service (NAS) grant (£1500) or independently if your company does not qualify for the NAS grant.

Councillor Alan McCarthy, Lead Member for the Armed Forces at Rochdale Borough Council said some of the most talented young people in the borough are practicing skills such as bricklaying and stone masonry that were in demand 100 years ago and are still in demand today:

“As well as the financial sense of recruiting an apprentice, this is an opportunity to ensure skills are passed onto a younger generation whilst marking the 100th anniversary of the First World War.  As part of the council’s commitment to the Armed Forces Covenant and our recognition of the centenary commemorations, we are encouraging businesses to take part and helping them to do so.”

Next year, all the Centenary Apprentices in the borough are also set to join together to take part in a joint project that will benefit a local good cause or community.

2014 will mark 100 years since the start of the First World War. The government is working alongside partners on a series of national remembrance events, an extensive cultural programme and educational schemes.

The scheme is open to businesses over 100 years old of any size, who focus on skills/crafts with a modern application.

For more information about the Centenary Apprenticeship Programme and how it could benefit your business, email andrew.turner@rochdale.gov.uk

Rochdale was one of the first councils in the country to sign the Armed Forces Community Covenant last November, aimed at encouraging local communities to support services that promote and encourage activities that help integrate Armed Forces personnel back into civilian life.  It also encourages authorities to work more closely to support those in service and their families, ensuring there is no disadvantage associated with serving in the Armed Forces. For more information visit www.rochdale.gov.uk/armedforces. 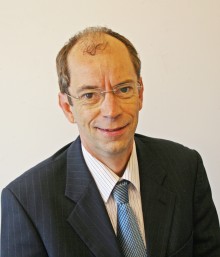 Councillor Colin Lambert, Leader of Rochdale Borough Council said: “A fair day’s work for a fair day’s pay will be guaranteed for all staff at Rochdale Council”.